Vardzia (Vardzia) is one of the most famous cave cities in southern Georgia. It is located about 200 km from Tbilisi. The cave city is the main attraction of this place. A large number of tourists come here every day for excursions. If you need to get to Vardzia, you must first get to Akhaltsikhe. Then you can go by bus or take a taxi.

The cave city is about 600 premises carved on tuff rock that were used as housing, baths, storage places and churches. The main element is a temple in honor of the Assumption of the Virgin with ancient frescoes of the 12th century.

You can stay at the boutique hotel "Vardzia Resort". Book on our site a modern hotel that offers all the necessary conditions for a comfortable stay. Here you will find a traditional restaurant, spa, stunning views, comfortable rooms, etc.

There are other accommodation options too, starting from $40 per room.

How to get to Vardzia
Vardzia is located 266 km away from Tbilisi (4 hours drive by car).
Minibus can take you to Vardzia for around $8. The trip duration will be about 6 hours. There is no direct bus from Tbilisi to Vardzia. However, there are services departing from Tbilisi Didube and arriving at Vardzia via Akhaltsikhe. The journey, including transfers, takes approximately 6 h.
You can take a Taxi for about $110-$140 and get there in 3.5 - 4 hours.
A trip by train and taxi will cost about $65-85 and lasts for 3.5 - 4 hours.

To get to Vardzia from Batumi fast you have several options:
Train and taxi will get you there in 5.5 hours and will cost about $100.
A taxi will take you there in 4.5 hours and will cost about $120.
What to see in Vardzia
Vardzia Cave Monastery
Church of the Dormition (Virgin Mary Church). A late 12th century church decorated by elaborate mural paintings. Among them are the portraits of Giorgi III and of queen Tamar, his daughter and successor, during whose reign the paintings were created. Other painting include scenes from the New Testament and images of saints. The church is cut deeply into the rocks and even has further interesting tunnels leading from behind the church rooms to the upper level.

Around Vardzia
Vanis Kvabebi (there is a sign along the road about 5 km before Vardzia, the track is 300 m up). Another cave monastery consisting of six churches and very popular with people. Several hundred rock caves on 16 floors, used as shelter, vault, tomb and market. About an hour's walk or 5 km away from Vardzia on the road back to the highway.

The church (St. George) built here dates back to the 8th century. The caves where added between the 9th and 11th century. In 1089, a strong earthquake destroyed parts of the caves and the church. Reconstruction was carried out during the reign of Queen Tamar. In 1204, the old stone wall was rebuilt. Between 1204 and 1283, the site was owned by a feudal family named Mkhargrdzeli-Tmogveli. In 1265, the gate, a bell tower and the hall of the St. George church were built. However, in 1551 and 1576 the place was destroyed by the Persians and Ottomans, respectively. After this the place was not used as a monastery anymore. 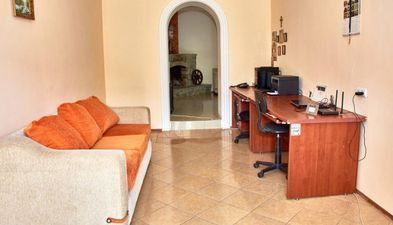 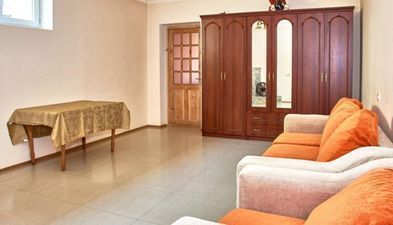 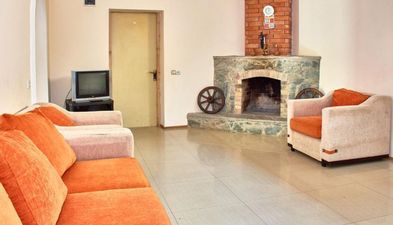 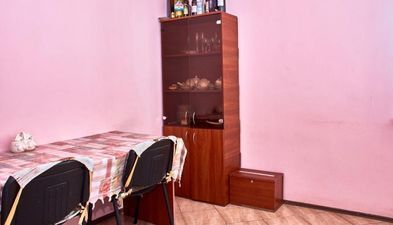 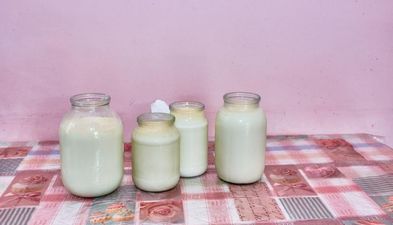 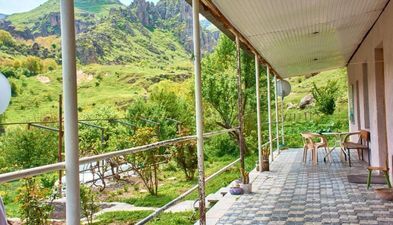 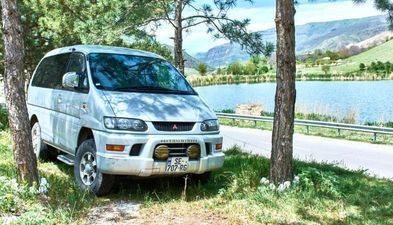 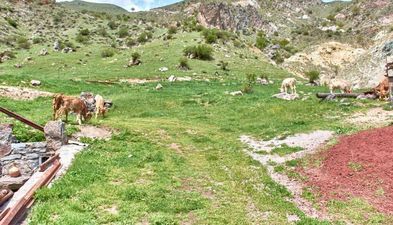 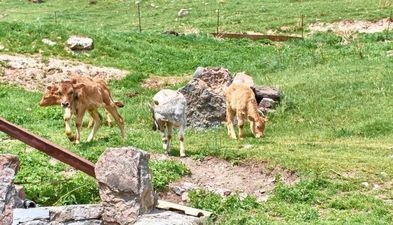